I was running errands this morning. Monday mornings seem to be a day for that…nice and quiet and there are no crowds.

After a relatively successful shopping excursion, I headed for the parking lot.

Ahead of me…a set of parents with two very active little boys. So active in fact, that one ran out into the parking lot. I was grateful there was not a car headed his way. His parents just yelled at him to stop running. He did not. As I said…no car thankfully!

I got in my car and sat for a minute checking my text messages. Then I saw it. The little boy finished off a snack and started to put his wrapper in the vehicle.

“Stop!” the adult male yelled. “Just throw that down.” And he did. He threw it down on the parking lot. It had good company along with all the other trash that people obviously thought did not belong in their car either. 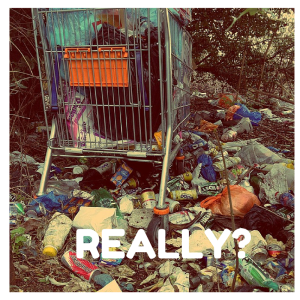 Here is another answer. Throw your trash in the proper receptacle please, or at least put it in your car and not on the lot.

We have a small creek behind our house and due to the rains it has been rather high. Left behind are always those wrappers and worse that people don’t want to be bothered by. One time we saw a large chair floating in the current!

It all boils down to this…respect. Respect of our creation, respect of each other’s property…well you get it.

What could that parent had said that would have possibly made an impact? Obviously yelling was the chosen way to communicate. The sad thing was that the little guy never intended to throw it on the lot to begin with. Unfortunately, he was encouraged to do so rather than put in the SUV.

It seemed like for the years I taught I was constantly having to teach my students how to respect others and others’ items. How many times did I catch one writing on a desk or breaking a pencil that I had provided to them with my own money? I must admit that many times I told them I was going to come to their house and write on their dresser! I am not sure it would have mattered, most likely they had already done that!

So there you have it. Sometimes I feel like an old woman who notices all these things that should be handled another way. But seriously, what is happening to the earth that the Father created for us? Do we appreciate it? Do we teach our children to respect what we have been given?

“In the beginning God created the heaven and the earth.”  Genesis 1:1

I could go on and on and on. But I will stop right now. But I do know something…

Respect can be taught! 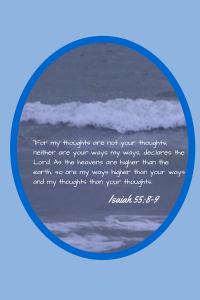 2 thoughts on “I’ve Got Another Answer!!”

Thanks for stopping by! Would love to hear from you.... Cancel reply

This site uses Akismet to reduce spam. Learn how your comment data is processed.

Check out our Facebook pages..T.W.Allgaier, A Pen and Brush, Encouragement for Today, AAllgaierArtwork

I love Jesus. If I say nothing else, that is enough. But for those curiosity seekers, I am a 61 year old former special education teacher, current part time CCM Radio Announcer and author... who is married to her high school sweetheart. We have been together for 44 years, married almost 41 of those years! We have raised two sons, who are now married, have jobs and mortgages. AND...we became grandparents to a beautiful baby girl in 2018!! We also have our furry son, a West Highland Terrier. My heart's desire is to encourage people in their daily life. I believe that the Father speaks to us all the time, sometimes I have been too busy to listen. Even during times of trials and troubles, which seem endless right now in 2021, HE is present and loves us unconditionally. Thanks for reading. ~Be Encouraged Today~

A Pen and Brush

A labor of love

Luanne Castle: Poetry and Other Words (and cats!)

Poetry, Other Words, and Cats

Friend of A Jewish Carpenter

Seeking Solace in the Horizon & Beyond

The heavens are telling the glory of God; and the firmament proclaims His handiwork. Psalms 19:1

Love to Garden? Learn Some Helpful Tips And Tricks To Help You Get That Green Thumb

There Is Always Hope
The Disabled Diva Blog

Finding Inspiration in Every Day Life

Art of the Wyrd

The Expressionist art from Nikki Albert

Learning is knowledge transfer to brain known as learnography

aspirations, adventures, and ambitions in AZ !

Using Internet Marketing to drive new clients to your business