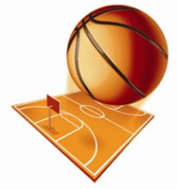 He walked down the street for days. He knew that he had a mission, something that he was to do soon. He also knew that he needed to find someone to help him. He figured he would know who to ask as soon as he saw them.

The guys were playing basketball on the court outside the apartment building. “Three on Three” as they said. Terry’s team was winning. Terry had a brother on the other team that was not winning.

Terry and his brother were taking a break from the job that they had at their father’s bakery, across the street. It was time to head back inside to prepare for the afternoon when they saw him.

“Hey” the man said. “What’s up?” came Terry’s reply. “You guys need to come with me…come on and follow me.” Without any thought, Terry and his brother took off with the man. The other fellows just stared at them as they walked down the street.

Terry and his brother spent an extraordinary amount of time with the man. They helped him speak to the crowds, bring hope to those without hope. They got very close. They ate together, walked down the streets together daily. They rested, played a mean game of “pick up” basketball with the other men that ended up with them.

That story does sound a bit strange, doesn’t it? But it is not that much different than when Jesus called the first disciples. I would have loved to have seen that in person!

Matthew 4:18-20: “As Jesus was walking beside the Sea of Galilee, he saw two brothers, Simon called Peter and his brother Andrew. They were casting a net into the lake, for they were fishermen.  ‘Come, follow me,’ Jesus said, ‘and I will send you out to fish for people.’ At once they left their nets and followed him.”

No questions asked. They simply followed. I could not help but think of my own life. Do I simply follow? Do I try and figure out what is going on and plan ahead of time what I should say and do? Do I ask millions of questions before I do what the Father has asked of me? Have I gotten to know Jesus well enough that I know what he is asking of me?

Many times over my life I have acted upon something in my heart and later found out that the person needed that letter, or the call came at just the right time. And many times I have missed it and let that urge go by, only later to find out that there was a need for encouragement.

Even writing these blogs every week make me wonder why? Why write when no one is probably reading? Doesn’t matter, I do so because I really think I am to simply “follow”.

Have we truly stepped off that basketball court?

Be Blessed~
IN CHRIST ALONE

Thanks for stopping by! Would love to hear from you.... Cancel reply

This site uses Akismet to reduce spam. Learn how your comment data is processed.

Check out our Facebook pages..T.W.Allgaier, A Pen and Brush, Encouragement for Today, AAllgaierArtwork

I love Jesus. If I say nothing else, that is enough. But for those curiosity seekers, I am a 61 year old former special education teacher, current part time CCM Radio Announcer and author... who is married to her high school sweetheart. We have been together for 44 years, married almost 41 of those years! We have raised two sons, who are now married, have jobs and mortgages. AND...we became grandparents to a beautiful baby girl in 2018!! We also have our furry son, a West Highland Terrier. My heart's desire is to encourage people in their daily life. I believe that the Father speaks to us all the time, sometimes I have been too busy to listen. Even during times of trials and troubles, which seem endless right now in 2021, HE is present and loves us unconditionally. Thanks for reading. ~Be Encouraged Today~

A Pen and Brush

A labor of love

Friend of A Jewish Carpenter

Seeking Solace in the horizon of life & beyond

The heavens are telling the glory of God; and the firmament proclaims His handiwork. Psalms 19:1

There Is Always Hope
The Disabled Diva Blog

Making life with chronic pain from fibromyalgia, psoriatic arthritis, and endometriosis, and surgical errors easier to live with and less painful.

Finding Inspiration in Every Day Life

Learning is knowledge transfer to brain regions known as learnography.

aspirations, adventures, and ambitions in AZ !

Using Internet Marketing to drive new clients to your business